Anyone who lives in Jacksonville and flies is pretty familiar with the Atlanta airport. It seems like no matter where you’re going and how much you’re willing to pay, there’s no real way to avoid the transfer at the Delta hub. The flight itself only lasts about fourty minutes – or just enough time to reach cruising altitude before starting the descent right – but the cloud formations and view from the sky is quite awe inspiring: 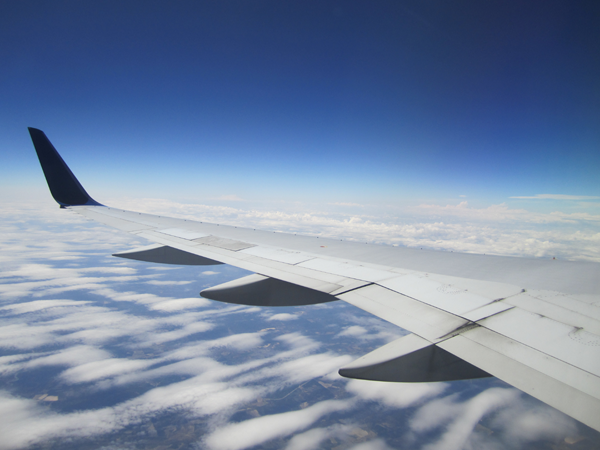 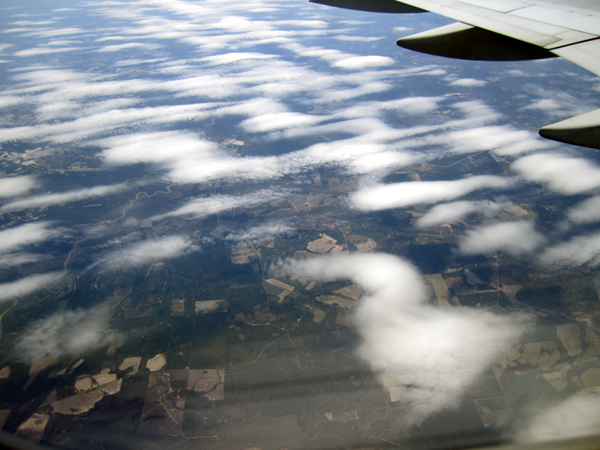 What might have been the most impressive thing about this flight was that I actually had enough room for my knees and legs. My nerves can’t quite get used to the idea of flying around at 500 to 700 miles per hour at five miles above the ground (or sea), but at least I wasn’t in physical pain for once. Chalk that one up as a bonus for flying with Delta. They might be a bit more expensive, but they’ve got a reassuring safety record and more room than a lot of the alternatives.

Still though, it doesn’t seem like you can get away from the nickel and dime approach to air travel amenities. I was a bit let down when I realized the on-board WiFi cost $9.95 per flight. Not a great deal when the longest leg of the trip from Jax to Philly is 90 minutes. Alcohol, headphones, and even your first checked bag all add in to the costs above the ticket.

Who cares though? They’re still cheap compared to the drinks you get at the airport bars!