Saint George Slaying the Dragon as envisioned by Paolo Uccello

Dragons are an ancient and culturally ubiquitous symbol that finds its way into epic poetry, religion, and local legend the world over.

Today they live in our imaginations – on TV, in movies, and in modern fantasy fiction.

I’ve always had an affection for dragons – or more accurately – I should say that I am slightly obsessed with hunting them down and slaying them.

What is a Dragon? A Villain’s Symbolic Archetype

They kind of look like lizards, they have wings, and they breath fire – but the physical appearance of a dragon offers few clues into its psychological profile and role as a symbolic villain archetype.

Of course, the symbolic associations attached to dragons greatly vary from culture to culture. In Korea, Japan, and China – dragons are often associated with the water and seen as potent forces of good luck and prosperity. The strength of the dragon and its magical essence are retained, but the view of an aggressive villain are not necessarily the same.

In China, the dragon was long associated with the emperor, but they have since backed off this relationship as it can have negative connotations to those nations in the west that still see dragons as the bad guy. This doesn’t stop the dragon from popping up as an image of national pride, the male archetype, and social power. 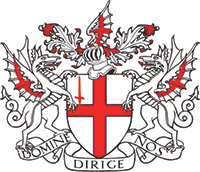 The city of London isn’t just a municipality, it is an independent incorporation – a one-mile by one-mile square in the financial heart of the city. It is the international banking capital of the globe, and rent seeking mentality of its elite is older than the country we call England today.

Chinese Astrology and the Wolf

In Chinese Astrology, the wolf is seen as a polar opposite to the dragon. Wolves and dogs represent loyalty, defensive protection, and cooperation. Dogs run in a pack and rarely turn on their masters when treated well.

Funny enough, I was born in the year of the dog (1982). When I was up for Confirmation in the Catholic Church, I picked Saint George as a patron saint (All good heroes should slay a dragon or two). Many of the video games I play involve slaying dragons and yes, I’ve even spent too many hours with pen and paper and 20 sided dice trying to kill off dragons that only exist in a dungeon master’s manual.

Honestly, they’re just that cool. Even if they’re usually evil. All the explanation, all the coincidence, it just helps make them seem even cooler.