With so few schedules to keep, I often find myself wondering exactly what I do all day.

Today, I’m going to actually write it all down so I can remember what takes up the time – and how I can be more efficient with what needs to be done.

Morning might not be the exact right word because I didn’t roll out of bed until about half past noon.

The house smells like sausages but there’s no sign of Aisling. Her computer hasn’t gone to sleep yet so I must have just missed her. Damn.

First order of business is to start up the coffee. When the beans are ground and the water is poured, I flip the switch and head outside for a cigarette. I haven’t managed to quit, but so far I’ve done pretty good at cutting back on the nicotine so I just smoke half of the thing. (A few months ago I managed to switch from analog cigarettes to electronic ones, but at some point during the move I lost track of all the parts and chargers so I switched back.)

A few minutes later the coffee is done and I settle down to check my emails.

Ah, a letter from Aisling: it seems like she headed to campus early to make copies of our drivers’ licenses for GEICO, sort out some financial aid stuff, and get a head start on her welding for the day. Damn, I did just miss her, but she left me some (gluten-free) pancake batter in the fridge.

Looks like I got another important email too: an affiliate sale notification from Hostgator. When all of the morning’s income is counted, it looks like I made about $60 while I was asleep from 6 am to 12:30 pm. Not a bad payscale for dreaming – especially since most people don’t get paid almost $10 an hour to snore.

Then from about 1 to 1:30, I went through my most popular websites to sort real comments from spam. Guess what? 100% spam this morning. Oh well, real comments are nice but ad clicks and affiliate sales are even better.

1:30 to 2:30 pm kind of just disappears in to the black hole known as Reddit. This used to be my fix for the hard news of the day, but lately the site has been overrun by a new culture of lulz and irreverence. Looks like the markets are down again today and everyone still hates everyone else in politics. Nothing really changes, so maybe the switch to lulz and irreverence is more useful to me than hard news after all.

Work? I’ll give it a shot

At about 2:30 I’m starting to feel too lazy and unproductive to enjoy myself, so I clock in to my contract job and start checking out the to do list.

Looks like there are about 28 database entries that need a review before going live, and another 161 that I need to update myself. The work load definitely piled up over the last month as my typical 15 hour weeks turned in to about 3 – when I was lucky! It really was a crazy summer, after all. Taking inventory of the work to be done, it looks like the editing might get finished this week but the updates will take a good while to see completion.

By about 4:30 I passed $100 for the day. Not bad when I’d only been awake for four hours. In that four hours, I also managed to clean a load of laundry, fry up those pancakes, fix an issue with my desktop computer, edit a few entries, make a few phone calls, and respond to a few emails.

Around 5 I get a text message from Aisling. She’s working on a last minute paper and she has ceramics until late but I’m glad to hear from her. It is also my favorite time of day: Now that people start to get off work I can start to think of other things, myself. It has been a tough four and a half hours today, after all!

By six, I was feeling a little restless. I was also running out of cigarettes so I took a quick walk around the block and up to the neighborhood convenience store. Traffic in Greenville near ECU is almost non-existant compared to what I’m used to for this time of day. Things get a little congested to the south of us, but the college corner of town is pretty sleepy between early afternoon and until the sun goes down.

After stopping to chat a bit with the neighbor, I came back in to make a second pot of coffee and check out any web developments that might have happened in the short half hour I was walking. Surprise surprise, I made another big hosting sale in that time frame and my daily income had just passed $240. Definitely not bad for what amounts to four hours of actual work (and I absolutely count laundry and cooking as work!)

At this point, I haven’t gotten any texts or calls from the usual suspects, so I feed Caoimhe (our dog) and take her out for the second leg of the walk. I tried to run a little bit, but Caoimhe wouldn’t have anything to do with that.

Now for the fun part: by the time we came in from walking around 8, there’s a message from Josh about wanting to play a game of Civilization. We fire up Civ 4 – the Colonization version – and race to revolution. 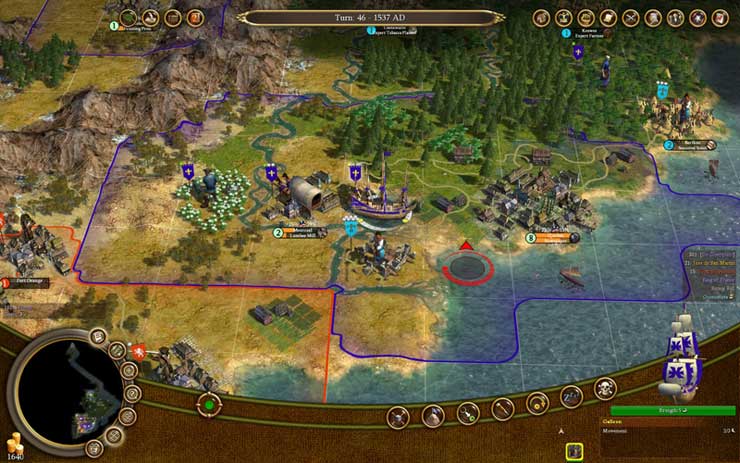 And not long after, Aisling came home from class. We sat down to watch some Star Trek while I worked on dinner and took turns in our Civ game. On the menu: chuck eye steaks, lima (butter) beans, and some steak fries.

Around 1, we saved up the game and Aisling headed to bed. I came back to finish up this post and count my final earnings for the day. As of 1:30 am, I’m up to about $260. Very excellent considering there were only about four and a half hours of anything that could be considered “work” in the day. Now at about 2 am, I’m starting to think of some sleep myself.

Not bad at all for a boring Monday. These are the tough days, after all!