By now, the panic and frenzy of yesterday’s campus lockdown at ECU has turned to laughter and jokes about the wild over-reaction to what turned out to be an umbrella.

Here the student can be seen crossing an intersection where the ECU campus and downtown Greenville meet: 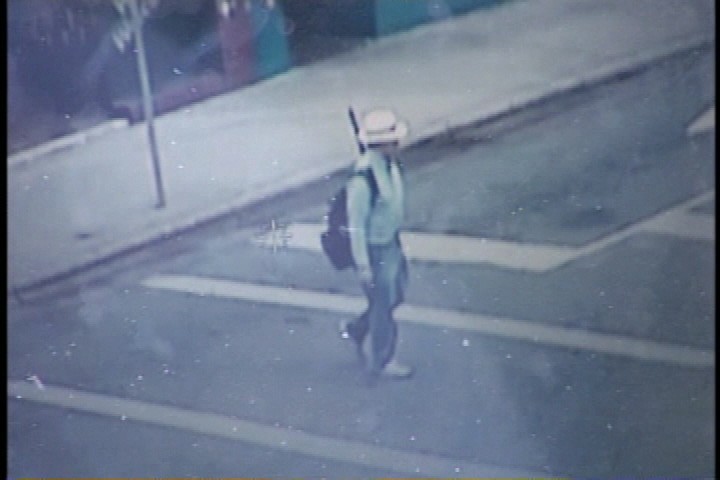 And another picture from that intersection, displaying exactly what the focus of attention was: 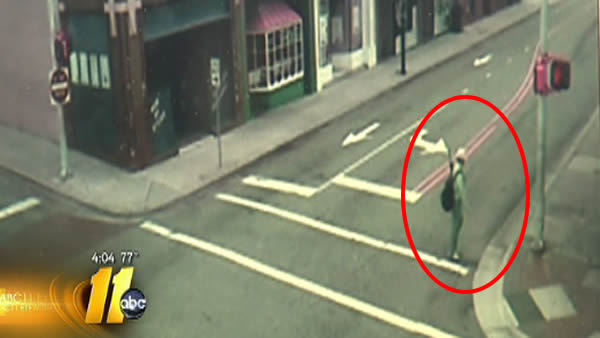 In addition, Youtube has the actual video footage these pictures were taken from:

And finally, here’s a picture of the police surrounding a bus in downtown Greenville, near the ECU campus. Some witnesses in the area and internet rumors had suggested a gunman had taken hostages aboard public transport. These leads, as well as those pointing to hostage situations inside campus buildings, turned out to be nothing but fabrications crafted of fear. 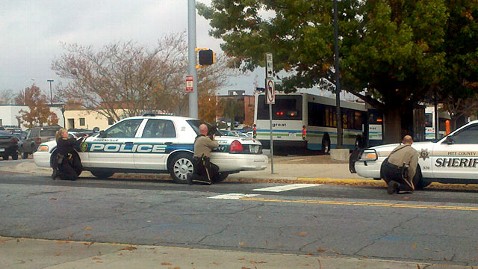 If there had actually been a threat, there wouldn’t have been much of a chance to escape. Within minutes, police from three jurisdictions had swarmed the area and locked down all movement. Luckily, there was no actual threat this time.

***Apologies to any news outlets who feel their images are being used inappropriately. This website has no monetary purpose or marketing plan. It exists as a digital scrap book I can access from anywhere, and these events are the mile markers by which we remember our lives. If you still have a problem, deal with it.